Perry and fiancé Orlando Bloom, who are both Goodwill Ambassadors for the United Nations Children's Fund, let UNICEF introduce their bundle of joy to the world, though they didn't provide details of the birth.

"We are floating with love and wonder from the safe and healthy arrival of our daughter," the proud parents said in an exclusive statement to the United Nations agency.

Perry and Bloom used their personal milestone to call attention to underprivileged mothers and children who don't have access to quality medical care, especially during the pandemic.

"Communities around the world are still experiencing a shortage of healthcare workers and every eleven seconds a pregnant woman or newborn dies, mostly from preventable causes," the couple said.

Their statement continued: "Since COVID-19, many more newborn lives are at risk. … As parents to a newborn, this breaks our hearts."

Perry and Bloom created a donation page to support UNICEF in "celebration of the heart we know our daughter already has."

Perry, 35, first revealed she was expecting Bloom, 43, on Instagram earlier this year.

Perry shared how her mom ruined her and Bloom's pregnancy surprise in an interview with Sirius XM.

The California "Gurl" planned on revealing her baby news to her mom the same way she had with her friends: by putting the announcement on a wine label and gifting it.

Perry said she'd bring the wine to a "dinner or something, or I would give it as a gift to a friend, like, ‘Here’s a nice bottle of wine,’ and they would get the reaction later."

But she didn't get the chance to do the wine reveal with her mom.

"My mom, it was so weird, I didn't get the chance to do it because she just came over and was looking at my wine, which she never does, and she was like, 'What is this?' And that's how it happened," Perry said. "I guess moms have intuition unlike any other." 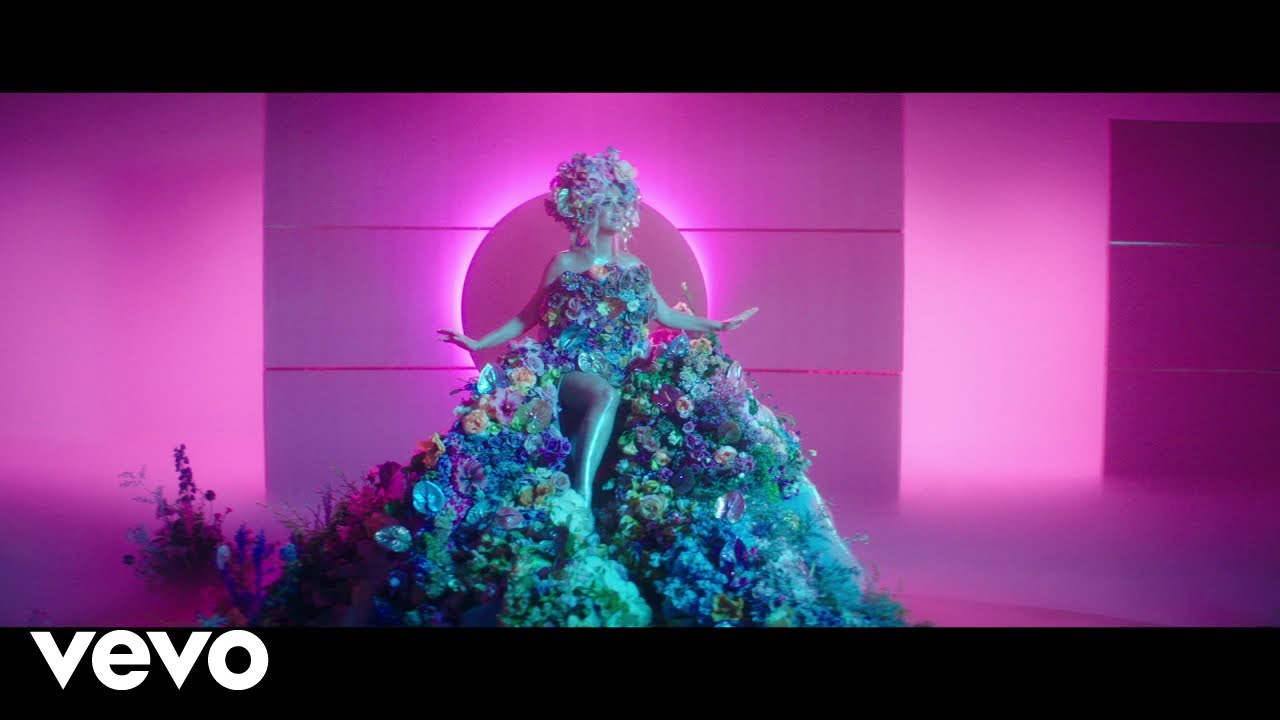 Fans found out the good news in the music video for Perry's "Never Worn White," which dropped in March. The singer's growing baby bump could very clearly be seen in the final moments.

During the dreamy video, Perry donned an elegant white gown fit for a bride and wore a literal bouquet of flowers,another subtle hint at her daughter's name, while singing a love song to Bloom.

Her angelic glow amplified when she cradled her stomach with both hands at the end and sang, "See us in 60 years with a full family tree (I do)."

"I'm definitely parenting style 3Fs: I'm fun, firm but fair," she said. "Yes, I like to get things done and I like to, you know, create a peaceful scene and it takes a matriarchy to do that."

Perry predicated the newborn will be all about her dad though.

"I definitely think she's gonna be daddy's little girl, for sure," she said.

During an appearance on "The Tonight Show Starring Jimmy Fallon" in August, Bloom gushed about his coming baby girl.

"I'm so excited to have a little daddy's girl. I hope she's gonna love me as much as I love her," he said. "But that daddy-girl thing, you know, and that love of your life feeling, I think, is right around there, you know."

Perry and Bloom have had a somewhat rocky relationship over the years. They officially became a couple in 2016, then confirmed the following year they had separated. By 2018 they were back together and in 2019 they got engaged.

This is the second child for Bloom. The "Pirates of the Caribbean" star has a son, Flynn, born in 2011, with Australian model Miranda Kerr. They divorced in 2013.